Perspectives: Why I Still Go to Meetings 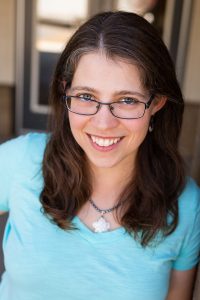 Ginny McCollum has been a Heartwood parent since her son joined the Children’s House in 2013. Over the years, she’s served as room parent in two classrooms and volunteer yearbook editor for four years before becoming part of the staff in 2018.

I’m unquestionably a Montessori fangirl. Listening to our teachers last week at the Lower Elementary Curriculum Night, I was reminded why. One of the parents called it a “time lapse” of the elementary years; for me, it was a time warp back to my own first grade classroom.

I was five-turning-six, a young first grader raised in the NATO and American military schools of West Germany, and Beaufort, South Carolina, felt more foreign than anything I’d encountered overseas. To help cushion the landing, my mom enrolled me at the local Montessori school…and I was hooked. There was no ceiling on this classroom; I was in a room with second and third graders, shamelessly eavesdropping on their sentence analysis while I was supposed to be doing my movable alphabet, puzzling through long words with my older friends, and most importantly, accepted despite my foreign-sounding British accent and ignorance of American pop culture. It was only one school year, but it left an indelible impression, reinforced by the discovery that other schools were definitely NOT like that one.

The Lower Elementary talk focused on the “meat and potatoes” of the Cosmic Curriculum – the areas of study leading from those five Great Lessons that organize Montessori’s elementary curriculum – and the ways they connect…and interconnect…and reconnect with other levels, from Children’s House all the way through High School. On the surface, it might be the same material (say, a trinomial cube), but in the hands of a Montessori teacher, that cube becomes a sensory work for a three year old, an exploration of volume for a kindergartener, a geometry exercise for a third grader, and an algebraic proof for a middle schooler.

“Alex,” I said yesterday, “What’s this about a shoebox?”

“Oh! You know that work we did in Extended Day, with the pin-punch animals and their habitat, and I did tigers? Yeah, it’s that!” He’s psyched. (And that tiger habitat is still displayed in his room all these years later.)

They’re on the Timeline of Life, and it’s not his first rodeo. Last year, he was obsessed with the dinosaurs. This time, it’ll be something else. But the repetition isn’t a rehash. It’s a spiral – broadening and deepening his understanding of zoology, botany, and earth science through this constant cycle of known-to-unknown, of old-to-new, of what-you-already-knew to where-you-can-go-from-here. The three-year cycle solidifies not only information in his head, but context and meaning as well.

The question “Why do I have to learn this?” and its relative, “When will I ever use this?” have been uttered by disgruntled students for generations. A Montessori classroom answers both elegantly, showing the speaker what comes next from the work they are now on. I hated that movable alphabet…but sentence analysis fascinated me. My teachers used that interest to show me the value of mastering spelling so that I could participate in the fun stuff. The answer to my “why do I have to do this?” was right there in front of me, laid out on a rug, and it had nothing to do with grades or a test.

When I said I was going to the LE Curriculum Night as a parent, I got some funny looks. After all, my son’s on his last year in the level, and I guess people figure since I work at the school, I must know about the content already. Why give up my evening? Or to put it another way, why do I need to attend this? Well, that night, the answer was quite literally laid out on a rug.

It is a special treat to listen to a group of Montessori professionals speak about their passion, and because I work here, I can say with emphasis that we have the most wonderful collection of profoundly passionate Montessorians. I learn so much every time I listen to them, not just about the meat and potatoes of my son’s work plan, or what skills I can expect him to master this year, but about the how and the why of Montessori – the method behind this most excellent curriculum of ours. I can’t wait for the next Curriculum Night.