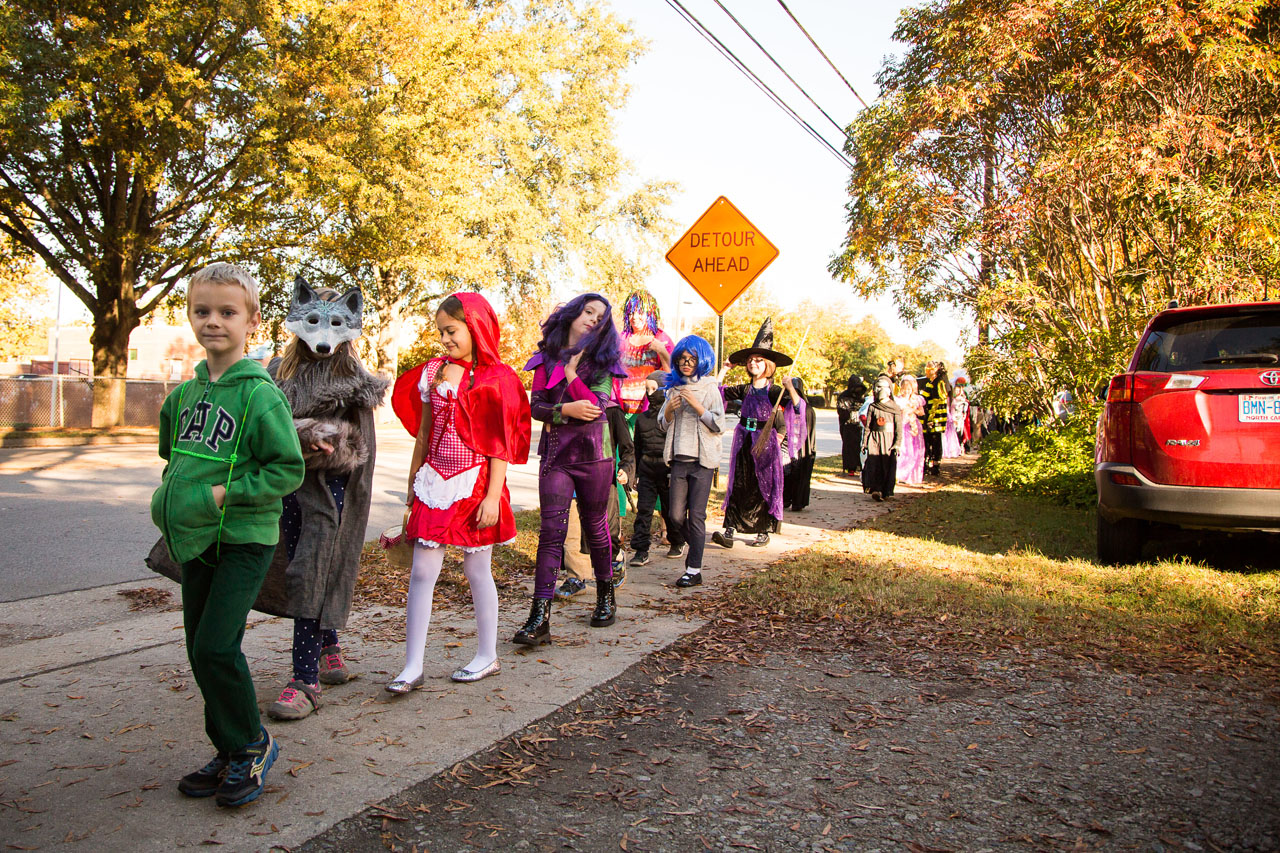 When my family first joined the Heartwood community, I fell in love with its traditions. It was hard not to. They were fun! Who doesn’t love dressing up and parading around the school or getting together with your closest friends to play carnival games on the playground?

However, as I have become more familiar with this wonderful school, I have come to realize something important. The magic I feel during our yearly traditions exists because of the people who attend them. Our community is what makes us special. The events we organize are simply a vehicle for bringing us all together.

Our director, Sue Daniel, is famous for her inventive costumes. Legend has it that one year she painted her truck’s tire black only to stamp herself with its tread, dress in yellow and call herself a speed bump! I’ve also been told that for several years she would challenge herself to create costumes using only white adhesive tape (think zebra). Recently, when I asked Sue why she started the Costume Parade tradition so many years ago she told me quite simply that “children love dressing up.” If Sue’s inventive costumes are evidence of anything, it’s of the contagious nature of a child’s enthusiasm.

Our annual Costume Parade takes place at 9:15 a.m. Parking can get tricky; plan to arrive early so you can snag a good vantage point. Students should come to school already in their costumes. Please send in a change of clothes for after the parade (unless they are already wearing them under their costume). Students will gather on the large playground and then begin the parade by coming through the gate nearest the Toddler House. Our parents usually gather in the parking lot to observe the parade and to take pictures. After the parade, students will change out of their costumes and into their regular clothing. 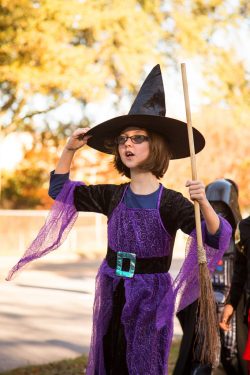 Students dress-up, teachers join-in, parading one by one.

Label costumes, change of clothing, school when we are done!