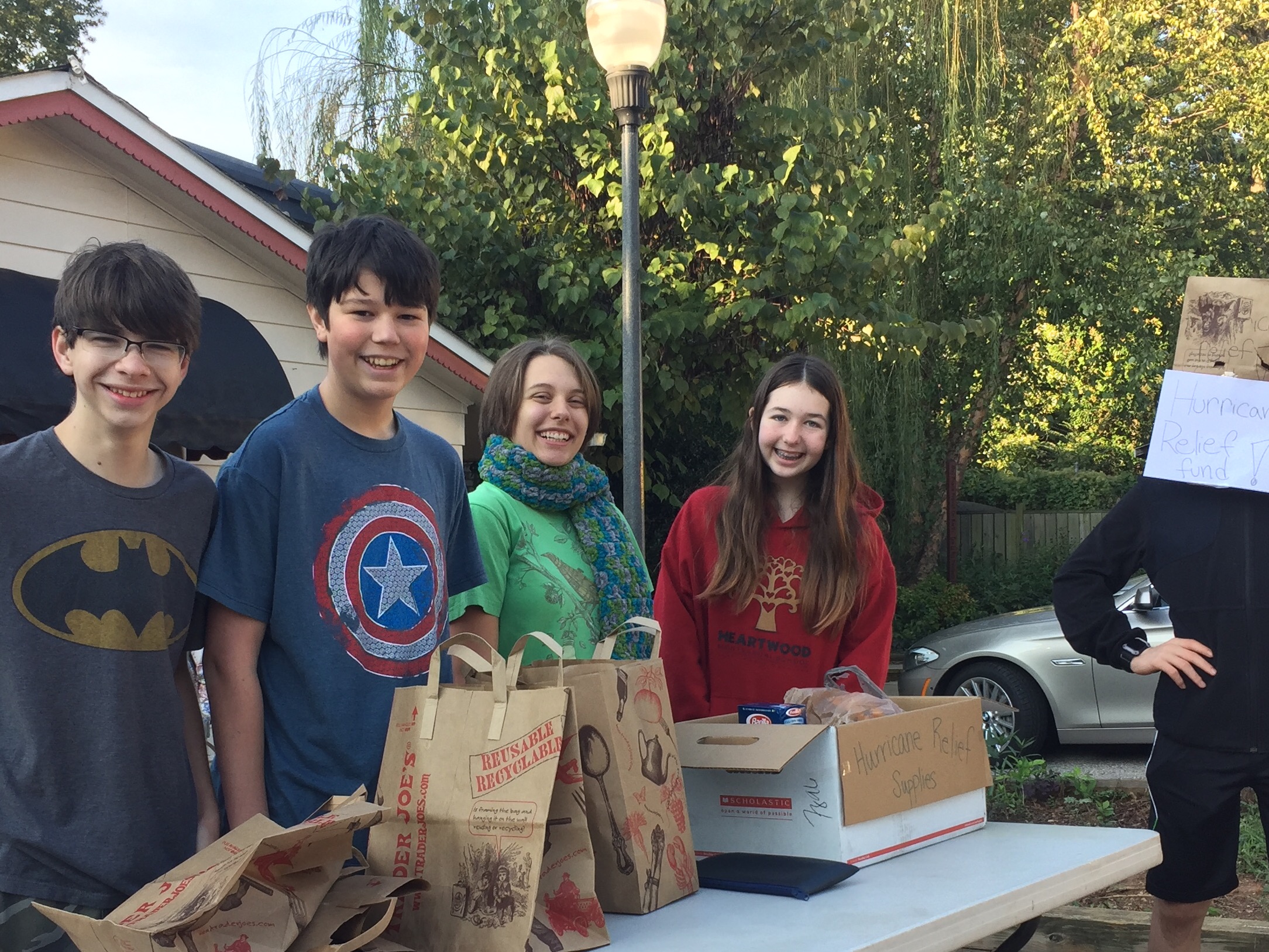 During class one morning, after Hurricane Matthew had caused unbelievable damage to our eastern North Carolina neighbors, the high school class decided that the best way they could help out would be to have a Hurricane Relief Drive. The class decided on a Thursday that they should do it the very next day. They composed an email that was sent out to the Heartwood Community and collected donations during morning carpool. The response was amazing! The high school students were impressed with how much was donated on such short notice. However, they became aware that more people wanted to contribute, so they set aside another morning to collect donations at carpool. Once again, the response was powerful.

On Tuesday morning, October 25, the high school class loaded up the back of a pickup truck and the trunk of a car and headed to the NC Food Bank to deliver the items and money. The Food Bank is in the middle of transitioning from an old building to a new building and was therefore unable to weigh the contribution. The class was able to make a cash donation of $80.00. The students were so excited to know that they were contributing to helping the affected areas get their basic needs met. 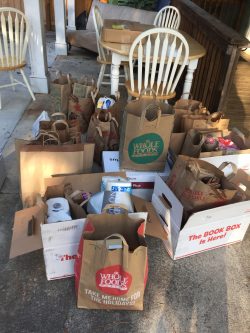 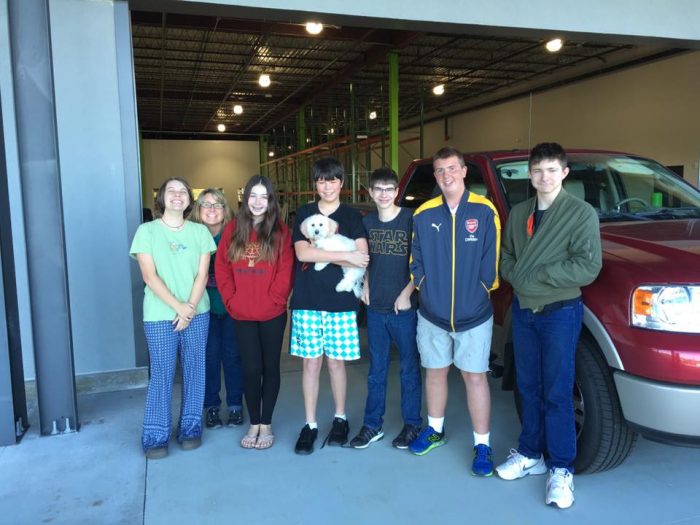